A Guide to the Top 8 Homes Styles 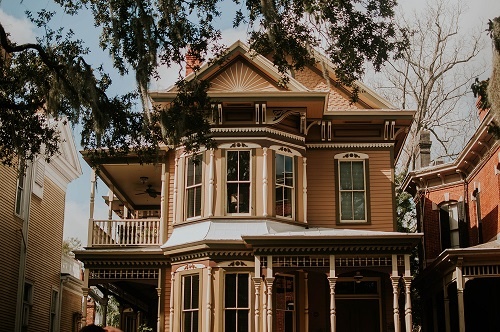 Homes come in all kinds of shapes and sizes. If you're considering hiring a new home builder in Fort Wayne, IN, the sheer variety of home designs can seem overwhelming. Whatever you decide upon needs to be a style of home that you should love for years to come, so it's important that you choose wisely. Read on for a quick guide to some of the most popular home styles.

Elegant and historic, the Cape Cod style of home dates back to 1675 but was probably at its most popular in the 1930s. Predominately one story and with a steep roofline, they usually sport dormer windows, giving the living quarters added ventilation and light.

Colonial-style homes date from the 1870s and are perhaps the most popular style throughout the United States. Marked by brick or wood facades and with fireplaces, the first floor usually includes the kitchen and living room, while the bedrooms are on the second floor.

Nearly as old as Cape Cod homes, the country-French style harkens back to when the French were in occupation of much of North America. Usually one story in height, this style is recognized by narrow windows and paired shutters. Typically, there are stucco walls and steeply pitched roofs. The luxurious style lends itself to artfully designed driveways and landscaping, so you'll need a top-notch home building contractor if you want to pull this off.

Often when someone sees an older-looking house, they'll consider it Victorian, but the fact is this type of house has several unique characteristics. It should be abundant in detail and feature several different colors and textures. Expect a front-facing gable accompanying a steeply pitched roof with patterned shingles. The facade is usually asymmetrical, and there's often a half or full front porch.

Modern-day reinterpretations of what we might consider 16th-century Tudor dynasty homes, these popular incarnations boast prominent cross gables and decorative half-timbering. You can expect to find several narrow windows, with a facade featuring both brick and wood. It has the effect of being both regal and understated.

The classic bungalow style originated at the start of the 20th century and continued into the 1930s. Traditional craftsman houses should have a lot of interior woodwork and built-in features such as seats and shelving. From the street, expect to see low-pitched roofs and gables over decorative beams or braces. The Gamble House in Pasadena, CA, is perhaps the most famous house of this type.

The hallmark of the post-war boom in America, ranch-style homes feature simple floor plans with attached garages. The living spaces are efficient, and one of the benefits of this style of home is the ease with which additions can be made. That's one of the reasons they're still popular to this day.

A post-war style, "contemporary" is a term that encompasses modern homes that incorporate geometric lines and simple forms. Glass, steel, and concrete—and a lack of ornamentation—signify the contemporary home.

If you want to build the custom home that suits your own style, reach out to Lancia Homes. We're home building contractors in Fort Wayne, IN, with over 40 years of experience helping people like you build the homes of their dreams. Call us today at (260) 489-4433.

How to Make a Room Look Bigger
How to Choose a Floor Plan: 5 Questions to Ask Before You Pick
Why You Should Invest in a Single-Family Home
What to Look for in Your New Home Community
Top Reasons Why You Should Build a Custom Home
Top Eco-Friendly Custom Home Trends to Know
Things to Include in Your Modern Floor Plan Design
Single-Family Home: What It Actually Is
Reasons Why Millennials Prefer Single-Family Homes
Modern House Plan Designs You Will Love
Important Qualities to Look for in a Home Builder
How to Make the Most of an Open House
How to Get a Mortgage When Building Your Home
How to Design a Masterpiece Home
How to Choose the Right Home Builder
A Guide to Different Home Styles
A Guide to Designing a Masterpiece Home
Guide to Building a Custom Home on Your Land
Front Door Color Ideas to Choose for Your New Home
Do You Need a Home Inspection for a New Construction?

Make an appointment by calling 260-489-4433, or visit the main office, a Lancia model home or Lancia open house to find out more about how we can get started building the home of your dreams today!

PROUDLY SERVING THESE MARKETS IN INDIANA AND OHIO